This article was first published in French on March 25, 2020.

In the midst of the covid-19 outbreak, determined agents working with homeless people cruise through the city to reach out to these forgotten faces of the lockdown. Facing a situation marked by uncertainty, they have to adjust their efforts on a daily basis.

As for most French people, charities helping the homeless have gone through different phases of awareness. At the beginning of the epidemic outbreak, in the absence of clear instructions, social workers did not immediately seize the extent of the threat. « We would take half measures and were hesitating, » Cécile recalls. « We, caretakers, would apply the barrier gestures, but the most difficult was to have them applied by the homeless we were providing help to. »

Cécile and her colleagues are social workers employed by the SDAT (Société Dijonnaise d’Assistance par le Travail), an organization of assistance through work based in Dijon, Burgundy. Until recently, they worked in a day shelter located in the city centre of Dijon. As its name suggests, this structure is only open during the day. In normal times, the day centre provides homeless people with hot meals, shelter, a place to store their belongings, wash themselves, and benefit from social support. Very quickly, the premises have proven to be inconsistent with French national safety instructions. « You have to imagine a place between 80 and 100m², where everyone is crammed in, » sighs Zoé, also a social worker. « There’s only one shower, and when you store everyone’s bags, they’re just piled up on top of each other, » says Cécile. For all these reasons, the day shelter had to be closed.

For Brice Morey, Director General of the SDAT, it was also a question of « preserving the employees’ health », while « limiting recourse to short-time working ». Today, those who are able to do so have switched to teleworking, or come « every other day » to the office.

Despite the closing, the social workers are sure of one thing: stopping their activity is not an option. « We cannot leave the homeless wandering around, thrown out on the streets without any help nor solutions, » exclaims Zoé, who is committed to pursue her work « no matter what ». The educators thus became a creative force suggesting new options. Their determination was heard by their management. Brice Morey agrees with them: « It is best to ensure continuity of follow-up. Otherwise, in what state will these people be found if we leave them without any support for weeks? »

While a few homeless people have opened up squats in which they live collectively, most of them remain isolated in makeshift “housing”.

Lockdown and locked out: the impossible equation

At the same time, most of the structures with which the SDAT works, such as the CAF (Child Allowance Fund) or Pôle Emploi (Unemployment Office), have shut down temporarily. « Some people are waiting for their identity cards to be renewed or for them to arrive, » Zoé points out. « When a homeless person is stuck outside without any identification document, their situation can get very complicated ».

Police checks are indeed an additional concern. « From the outset, the homeless have felt a certain amount of stress towards law enforcement officers, » says the director. While self-isolation is more than ever a repeated watchword, they have no way of complying with the lockdown or even printing the official authorization to get out. « When the lockdown was proclaimed, we gave them certificates for reassurance, » explains Cécile, « but the principle is even more absurd for homeless people. Besides, what should they write as a motive for getting out? They were told to write ‘homeless’ on the ‘address’ line, but we felt that it was all nonsense. »

Moreover, during the first days of the lockdown, the police didn’t seem to take into account the specific situation of the homeless. « A 21-year-old young man was fined four times in a sole morning, » says Cécile, disillusioned. « The police didn’t believe him when he said he was homeless, because he doesn’t fit the stereotypes you can have about homeless people.” Zoé adds that « the police were instructed to penalize everyone not complying, and so they did. »

When social workers were distributing meals outside, the municipal police made it clear that they had to stop « organizing rallies ». To avoid being fined, the association had to change its modus operandi.

Outreach patrols to « go towards » the homeless and meet basic needs

« We have decided to « concentrate on the essentials », as the French President would say, » says Cécile with a smile. Here, the essential is not poetry nor culture, but « a hot meal, a shower, a coffee, or inquiring about the roofless’ health and spirit. The educators criss-cross the streets in pairs, equipped with gloves, surgical masks and hydro-alcoholic gel. « We’re not that well protected, we’re still on the front line, » say Cécile and Maeva. In order for social workers to be able to reach out to homeless people, they had to gain their trust and be told where those people were sleeping. « Some have broken up closed apartments and created squats, but others wouldn’t dare to do so, and only have a tent on a plot of land, or even just a tarpaulin stretched out to protect them from the rain and wind, » says Cécile.

Despite the very difficult situation, educators are beginning to see the benefits of this change. « The purpose of ‘outreaching’ is indeed to take the time to get to know the places and the people, » says Maeva. When we go to their places, we have to follow their rules, » adds Zoé. « It can be confusing at first, but it’s the same when you go to anyone’s house! » ». Surprisingly, they’re pretty happy to have us there. « It remains a source of pride to “host” someone. Both educators agree: « outreaching » restores the balance between the roofless and social workers, and avoids the rigid rules of collective housing. « There is a feeling that interactions are more sincere, » say Cécile and Maeva. « Usually, the determination of the educators’ is drowned in the rules of everyday life and administration. But in this way, there is a kind of better recognition ». « They saw that everything was closing down around them, but that we were still there. »

Learning from the crisis

The situation is obviously unheard of. But in the social workers’ opinion, it also reveals a pre-existing context. « In hospitals, the epidemic has shed the light on the lack of beds in intensive care units, » says Cécile. « It’s the same thing for us: it makes the lack of resources and the unsuitability of the premises glaringly obvious. According to Maeva, the Covid-19 crisis also shows that « the institution with a big I no longer corresponds to people’s needs. The urgency allows us to free ourselves from the heaviness of administrative work, and to realize that this is not the most important ». Director Brice Morey also cautiously views this troubled environment as an « opportunity to reexamine practices » and « show flexibility ». He also welcomes the « surge of solidarity » between charities, notably with the Secours Populaire and the Secours Catholique de Dijon. The latter is lending its premises free of charge to the SDAT to allow the homeless to take showers.

Social workers are now hoping for « political actions up to the situation ». « We can see that the issue of homelessness is systematically disregarded, » adds Zoé. « If a curfew is introduced, it will become even more complicated as it will be harder for us to protect homeless people, » she fears. « What are we waiting for to requisition hotels and vacant accommodations? » Cécile is also convinced that requisitioning those housings should be imposed. « Pretending the situation doesn’t exist won’t make the homeless disappear. » Referring to a slogan chanted a few months earlier by caretakers, she says: « They count their pennies, we count our dead ». It has never been truer. As in hospitals, if nothing is done, we will count the dead on the streets ».

To read more articles about the impact of the covid-19 outbreak on families, students, teachers, caretakers, prisoners, journalists, morticians, and anxious citizens, click on the pointers scattered in the interactive image below : 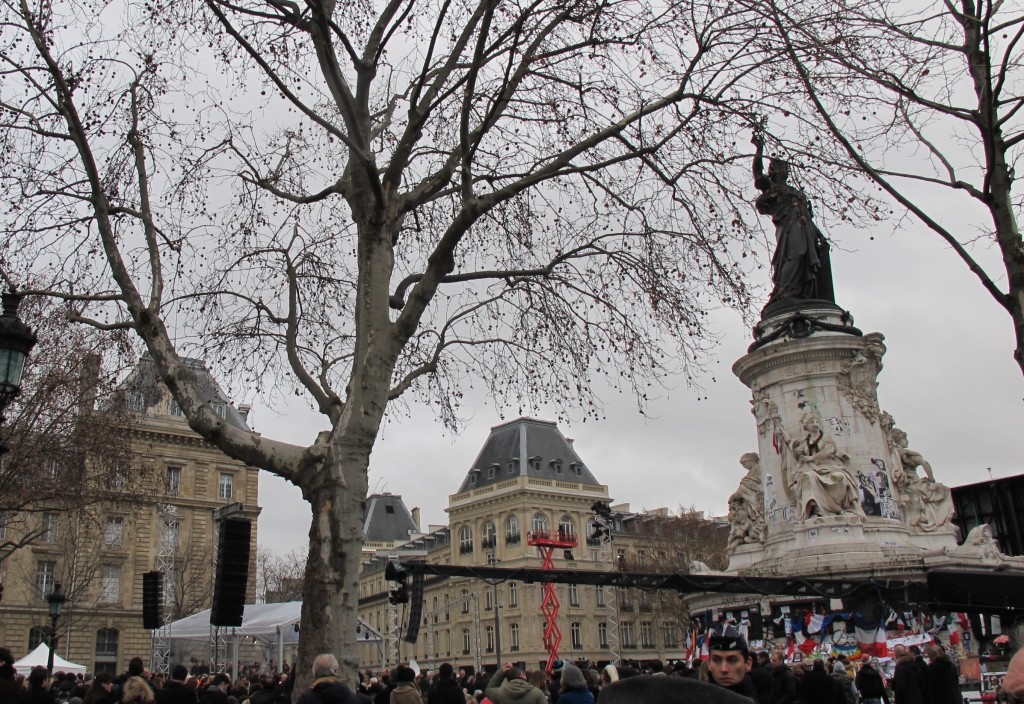 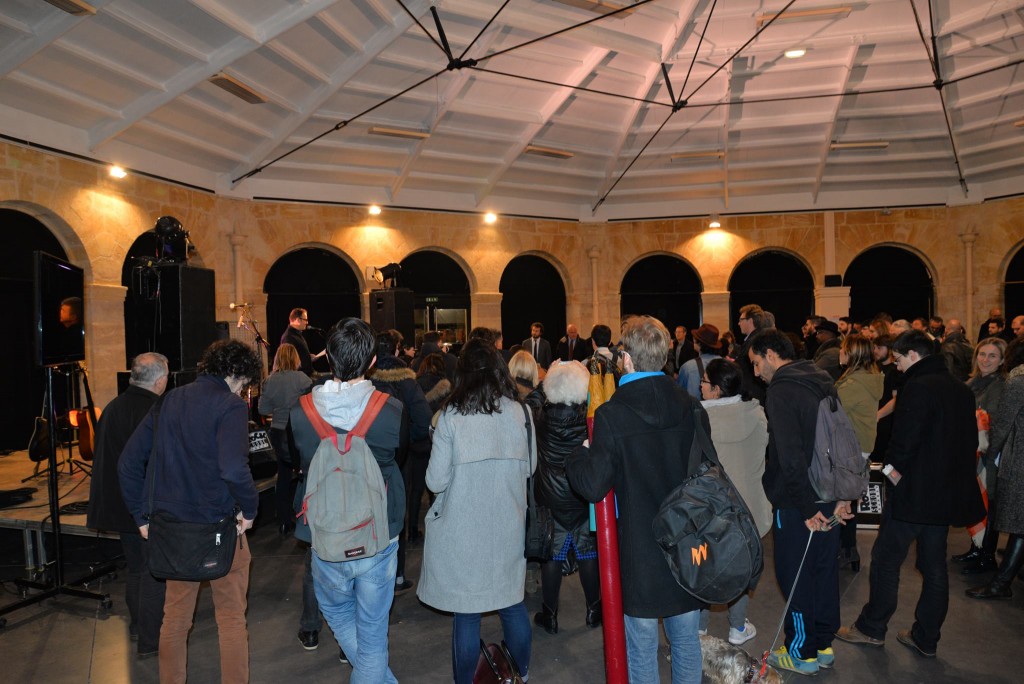